What will a future without paper money look like? What pisses off Tecra's CEO most about the cryptocurrency market? When will fiat money end? We invite you to an interview with Przemysław Karda.

#ChainMeNow is a series of interviews created by the Tecra team, featuring representatives from the blockchain world. They will present this market from different perspectives. Each interview ends with a bunch of quick questions and answers. The series begins with Przemyslaw Karda, an entrepreneur, former soldier, author of bestseller and creator of Tecra.

Big Brother was an experiment and an escape from technology. Forced retreat from phones (yes, I have several of them - Polish numbers, Chinese and others that are needed in an international team) and computers. It took me one week to realize that I'm not addicted to technologies (laughs).

When did you become involved in the world of cryptocurrencies? What was the key moment?

The story is a bit like a movie plot. I had to leave the Polish Army, and something had to be done. After a year of struggling with life outside the service, dealing with hardships, I had some strong and clear dreams related to Bitcoin, which I was interested in even back in 2011 (but then somehow it didn't work out) and so I put most of my savings into Litecoin. On my birthday, March 29, 2017, the bull market in LTC began. Apparently it was meant to be.

What is it like to run a blockchain startup?

A lot of fun and laughter on the one hand, but also stress and responsibility. Especially in a country like Poland, where there are no clear legal regulations as to cryptocurrency, only the interpretations of an official or a given institution, which are often contradictory. However, the very atmosphere of technology startups is similar to the stories contained in such TV-shows as "Silicon Valley" or "Big Bang Theory". It's creative and out of the box, it's not a corpo.

What were you most afraid of when you started running Tecra?

That it wouldn't work out (laughs).

What advice would you give to budding CEOs in the cryptocurrency world?

How did you create a team of young people in such a niche industry?

I didn't create it alone, but with several people. People applied on their own, then those who were hired invited their friends, and that's how it all began. Some people joined from the job advertisement. However, not everyone has managed to stay in startup up to these days, the startup and its dynamics, sometimes chaotic and work based on one's own initiative is not for everyone. Some people can't handle it.

How and where do you see Tecra in 10 years?

On the moon, we'll make the company headquarters there.

Is it profitable to start a business in such an industry? What kind of earnings can people in this field count on? (programmers, marketers, the whole staff)

If it goes well it pays off in any industry, but here you have to watch out for the "old guard" who watch their backyard, I'm talking about bankers, outdated financial systems, etc. You have to be aware of them and be careful. E-corp, just like in the Mr. Robot show is everywhere and watching, this is the biggest threat. Earnings range from 3 thousand PLN for students to even 20-25 thousand PLN for the most talented programmers.

What is the impact of social media on the cryptocurrency market? 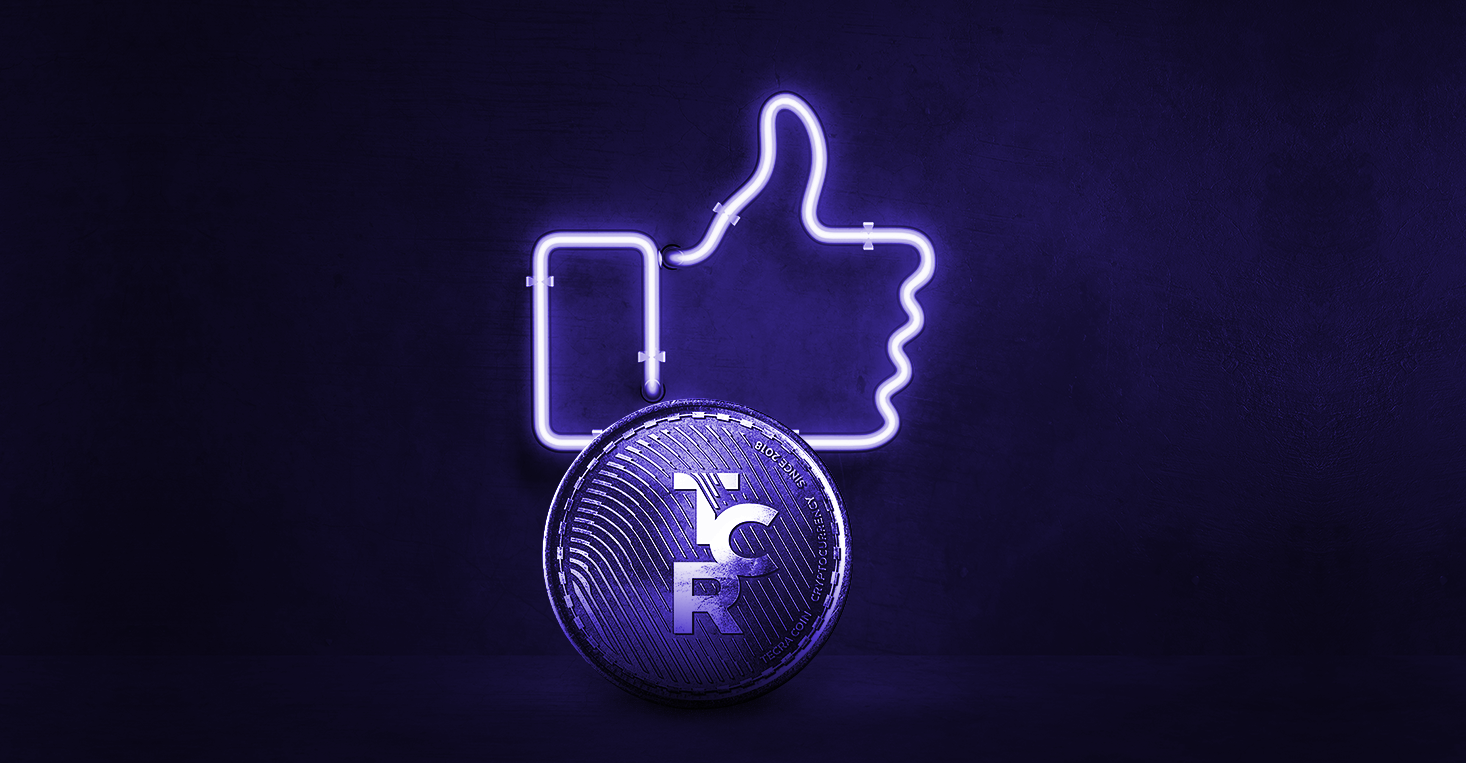 What are the risks of investing in cryptocurrencies?

Most will lose because they succumb to greed and invest in projects that are done for one season. There is a lot of ranting, promises, and when you check the progress of the work nothing happens, just more promises and assurances of becoming a millionaire. They don't have an investment plan, they don't know when to get out of the investments, they count on it rising all the way to Mars, and then the day of dumps comes and they still count on it to pump up. So it falls like pin-pong until it reaches 10-15% of the ATH price, and then in desperation there is a sale to save anything, and this is the moment to just start buying. We won't change that, that's how people are and that's their level of knowledge about cryptocurrencies and investments.

What personally annoys you the most in this market?

Scammers. They are like the plague, they wake up when there is a bull market, they rant and promise, then they go into winter sleep and wait until the next bull market. This plague is destroying people, their assets and negatively affecting the way cryptocurrencies and blockchain are perceived.

Have you encountered legal/regulatory issues while running a cryptocurrency business?

We encounter inconveniences all the time. I wouldn't call it problems, but yes - you need a staff of lawyers to sort the things out in this business and even more money to pay them (laughs).

How to arrange remote work of programmers, marketing, accounting during a pandemic? How to organize remote work of an international team? What is the most difficult part about it?

To be honest, the pandemic has not significantly affected the market in which we operate. What's more, it might have helped in some aspects (we have new employees who work remotely, which is more convenient - we can create an international team being in Poland). The non-Polish team works via gitlab and a few meetings a week to summarize sprints (or tasks). We talk, share the screen, work normally. The only downside might be that it's harder to build team spirit.

Does educational background matter when starting a tech startup?

No, I don't think anyone pays attention to that anymore. What matters are the skills a person has, their personality and their ability to cope under time pressure. And of course the money.

When is the end of FIATs?

In form of paper, FIATs will be gone by 2030, and in digital form they will still be with us. But I think we will see the collapse of the Euro and the Dollar. The world we know now is ending, and the financial system will be affected as well. Let's hope this transition will be as smooth as possible.

What will a new future without paper money look like?

It can be a system of total enslavement or the entrance into the golden age of humanity on the contrary - if we develop fair rules for the distribution of wealth, in the newly emerging reality, not only financial, but also social. The most important thing is not to allow anyone to add or subtract numbers from our account for a given behavior.

Is NFT a bubble or a true new form of intellectual property ownership?

Probably a bubble, but trendy and popular. It all depends on what NFT stands for, because it does not give value in itself, but is created under real value.

Blockchain is not rocket science, it is a slightly different form of database. It is not said that blockchain is the remedy for all the world's problems. In some industries, it may completely fail, while in others it is a salvation. It will certainly work in new finance, where we have a problem with trust in the intermediary institution. Unfortunately, corporations are moving towards blockchain, but overall it will be the same as now, only in digital way, and blockchain - because it's fashionable.

What are the three pieces of advice you would give to someone who has no idea about the cryptocurrency market but wants to start this endeavor?

You run several companies. How do you manage your time? With such an intensive work mode, do you have time for a private life?

I don't have private life. My hobby is my job. I work on a calendar basis or else I would die in battle. I've always been a hardworking man. Before I die I would like to be part of something bigger, maybe even a financial revolution. I wouldn't want to die regretting that I didn't do something. It's a fact, sometimes I feel like I'm a machine, emotionless, but I'm working on it.

What would you ask Satoshi Nakomoto if you met him?

Is Bitcoin an independent, bottom-up initiative created for the community, or a top-down operation planned by the services to enslave civilization? 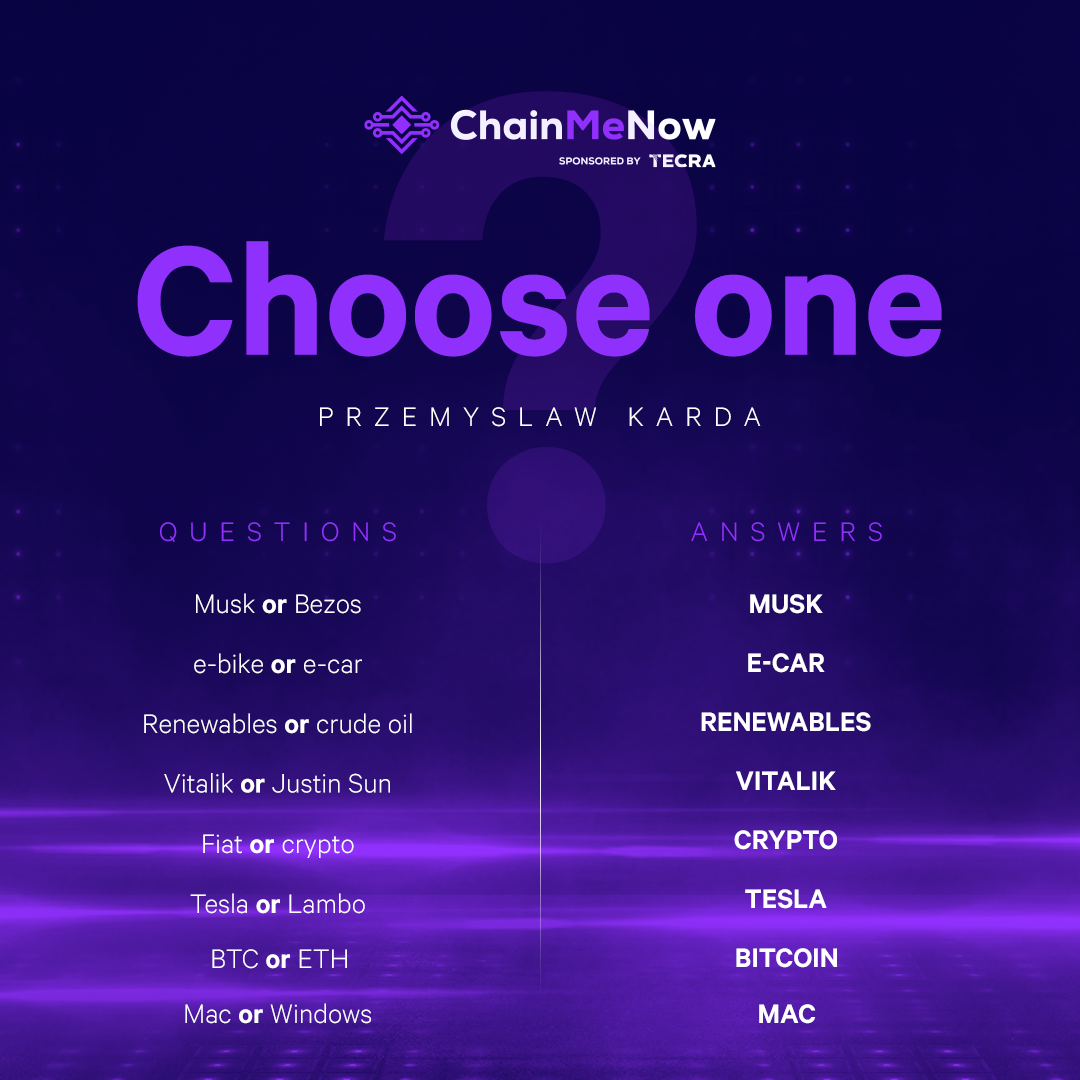