Everything you need to know about crowdfunding platforms

In this article you will find out what crowdfunding is, what types of it exist, what its characteristics are and which crowdfunding platforms dominate the market. We have also described the distinguishing and innovative features of Tecra Space.

What is crowdfunding and how does it work?

Crowdfunding is an alternative way of collecting funds for projects. A method of fundraising through an internet platform, with unlimited number of potential contributors and a low entry barrier is especially beneficial for smaller business owners, entrepreneurs, scientists, artists, activists, and other individuals with a vision.

Project creators pitch their ideas on the platforms, providing potential investors or donators with essential information about their projects, possible benefits, and commercial prospects. In turn, people interested in certain projects can choose to support them and help them reach their goal. Typically, investment platforms charge a fee on successfully funded campaigns (a small percentage of funds raised).

Crowdfunding platforms are a relatively new method of finding investors and/or donors. They have been gaining traction since the beginning of the 21st century, beginning with the launch of a crowdfunding website ArtistShare in 2003, a website that was dedicated to promoting and supporting musicians. The following success of platforms such as Indiegogo (active since 2008) and Kickstarter (launched in 2009) hugely contributed to the popularisation of crowdfunding in the past decade.

Unlike traditional methods of obtaining funds, crowdfunding platforms allow project creators to get world-wide reach much easier, find contributors that are actively engaged in their ideas, as well as they make it possible to acquire funding while simultaneously marketing the products and gaining potential clients. They allow individual people with small capital to become a part of projects they have an interest in, support ideas they want to see realised and, sometimes, they even offer a return on the contribution.

Crowdfunding can generally be divided into four different types:

Benefits of crowdfunding for business:

Some of the most prominent crowdfunding platforms include Indiegogo, Kickstarter, GoFundMe, a British platform Crowdcube or a Polish platform Beesfund. Each of these platforms has its distinguishing features, for example they might operate on different methods of crowdfunding, focus on different types of projects and attract the interest of different kinds of investors.

Kickstarter is one of the most widely known crowdfunding platforms globally. This New York-based platform is open to backers and creators from all over the world. It focuses on (though isn’t limited to) creative projects. Kickstarter sees an average of 22.05 million unique visitors a month, which is reflected in the number of successful campaigns and funded projects. The platform has received more than $5 billion in pledges from millions of contributors to fund projects, ranging from films, music, stage plays, comics, journalism, video games, technology, publishing, to food-related projects and more.

Indiegogo is a San Francisco-based crowdfunding platform. It’s one of the first sites to offer crowd-funding and, along with Kickstarter, Indiegogo is one of the two most popular donation-based crowdfunding websites. It’s estimated around fifteen million people visit the site each month. Although it started with sole focus on funding indie films production, the platform is currently known for funding tech and innovation oriented projects.

CrowdCube is a British crowdfunding platform established in 2011. It allows entrepreneurs, with a UK registered company, to present their business ideas and their investment potential in order to encourage potential micro-investors. Anyone who invests money, in return receives equity in the business. The minimum investment can be as little as £10. Crowdcube operates on the "all or nothing" model. If the investment target is reached, the business receives the funding raised. If not, no funds are taken from investors.

Neufund, similarly to Tecra Space, is a blockchain-based and investor-directed platform. This German fintech startup, in spite of relatively recent launch in 2016, has seen very promising results. The platform gives investors an opportunity to finance projects while acquiring equity backed cryptocurrency tokens. 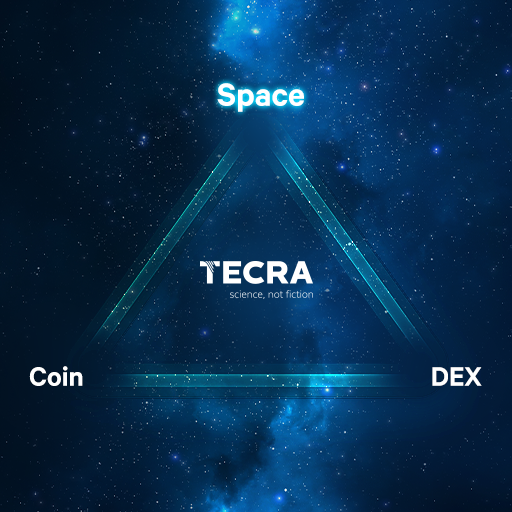 Tecra Space is a beta version of a new investment platform that focuses on funding hi-tech projects. It strives to make the high technology much easier and more intuitive than it has been thus far. Its innovation stems from the implementation of its own blockchain and cryptocurrency, which will enable an easy investment process and will ensure a safe and straightforward exit. The use of cryptocurrencies by the platform may seem intimidating to those, who don’t know much about them. The platform, however, will do everything to provide our users with all necessary information to make the investment process pleasant, straightforward and easy to understand.

Tecra Space’s main goal is connecting creators (mainly scientists, creators and startups) with investors (individual people or institutions) in the task of bringing innovative projects with a significant commercial potential to life.

One of the main features that distinguish Tecra Space among other platforms are the means of payment used by the platform. Using TecraCoins you can purchase project tokens. The token of each project is created on the Tecra blockchain with the help of smart contracts. It's up to the creator of a project to determine the parameters of a token: the name, quantity, price and usability. At the same time, they obligate themselves to determine what percentage he will use to buy issued tokens from investors.

Other distinguishing features of Tecra Space include:

In case of a successful fundraising campaign 7% of the total funds raised is allocated in the following ways:

Tecra Space strives to become the fundraising platform for high tech projects. As it is a beta version of the platform, many new and useful features are to come.